← Halloween highlights and seasonal songs for the classroom
GDPR and child performance licencing – are you up to date? →

Some of you may remember Kirsty from her days of teaching music around the County. After working in Swindon for the last ten years Kirsty has returned as Executive Director for Gloucestershire Academy of Music… 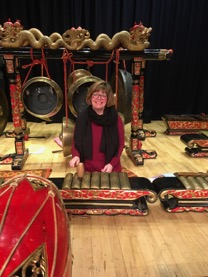 Those of you who have had as long a career as mine will know that things go in circles.  My professional loop brings me back to Gloucestershire following a 10-year stint in Swindon, running an arts education agency and then as a director of arts specialism in a secondary school.

In September, I was delighted to take up the post of executive director for Gloucestershire Academy of Music, working with the dedicated GAM team of administrators, teachers and trustees.

I started work in Gloucestershire in 1998, teaching music at Foxmoor Primary School. I then went on to co-ordinate the vocal strategy and deliver school and early-years CPD for Gloucestershire Music.  At the same time, I was the regional officer for Youth Music, the national music education charity.  It was a heady time. There was an air of optimism, plenty of development funding and a determination to stream-line music opportunities for young people and create new partnerships between providers.   I enjoyed working with a huge variety of musicians and learning about our diverse musical ecology:  traditional music, early years’ music, western classical music, jazz, Asian and African music, cathedral and choral music, rock and music technology.  I met gig promoters, brownie leaders, youth-club workers, playgroup leaders, teachers, community activists and policy makers.

At this time, I came across Gloucestershire Academy of Music (or GAMPA, as it was called then).  I visited one of their summer courses based at Beauchamp House, outside Gloucester to advise them about Youth Music funding.  My perception was that GAM delivered music courses to groups of happy, enthusiastic children and young people who were making rapid musical progress in western classical music and getting masses of exposure to ensemble playing, sight-reading and great quality tuition.

How has GAM developed during the intervening years? The ethos and ambition remain, but GAM’s scope has increased hugely.  GAM worked last year with nearly 700 children (90% of whom attended state schools) and 100 adult learners and these numbers look set to grow significantly this academic year.  GAM employs 40 teachers.  It has an impressive record of retaining its learners and providing progression routes (for example, 21% of the 142 young players taking part in The Big String 2018 in Gloucester Cathedral this month are Grade 7 and above). 27% of our Big-stringers will be playing in a music ensemble for the first time.

Whatever our approach or musical genre, we all want to ignite that spark which will instill a life-long love of music in our participants.   I know that some GAM students have their sights firmly set on a career in the music industry, but many more will continue their participation in music-making into adulthood, as I have done, as an amateur, enjoying all the social and well-being benefits that this brings.  I sing with The Oriel Singers (under the baton of Ben Sawyer) and am a recent recruit to Gloucestershire’s Community Gamelan.

Every fortnight I work with a wonderful group of singers called ‘The Wallace House Warblers’, all older people, some living with dementia.  It’s a completely joyful afternoon and a tangible, visceral reminder of the transformative effects of music participation.

So, back to circles, and here we are again, fighting for music’s place in the curriculum, making the case for music’s contribution to well-being, trying to fill the gaps in provision and reach those people who need music most.    GAM is glad to be a member of the Make Music Gloucestershire partnership, working towards achieving this in Gloucestershire.

← Halloween highlights and seasonal songs for the classroom
GDPR and child performance licencing – are you up to date? →